I have been writing novels for 12 years now, which makes me sound really old but the truth is, like most good things, I started at a young age. The young adult fiction novel that I’ve been penning won’t be shared unfortunately on this blog, mostly for copyright and publishing reasons. However, I am comfortable sharing a collection of short stories that I have been working on for quite a bit.

Life after college, and I use this term lightly as I am still very much in the vortex of creative freedom conventionally dubbed unem-proper-ployment, was difficult for me. Before launching CF Magazine, I had a very emotional and terrible break up that (wait for it) influenced my writing. My melancholic pieces were less about the break up and more about self-destruction and wallowing in self-pity. The novel is titled Club 22, for reasons that will be shared much later. While I have no plans of sharing the entirety of it, for reasons said above, I do plan on sharing short stories that are similar in tone and content to that of the novel. Since moving to Brooklyn, I am becoming more comfortable with sharing my poetry and fiction, instead of just sharing my journalism work- which I have been doing for quite some time.

I was inspired by the way in which Lena Dunham’s “Tiny Furniture,” a short film that documented the post-graduate life of a character, had evolved into the HBO series “Girls.” I must add that I wrote Club 22 probably around the same time that Dunham was working on Tiny Furniture, but what inspired me most was the way that promoting a smaller piece of a project could lead to a well-received whole.

This is my version of the synecdoche.

Also, back when I was a cheeky 22-year-old, I made sure to dedicate my novel, Club 22, to the 99 percent. That still holds true. 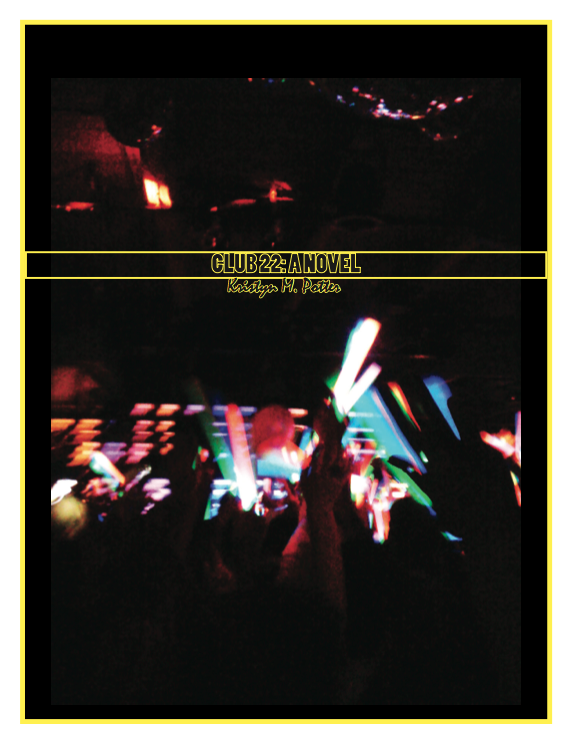